In parallel with the updates to WOWL firmware and board design we touched on last month, our manufacturing team has been busy refining the Phase I mold design and casting process in anticipation of higher quantity production. Looking back, our Phase I WOWL units contained a PCB assembly encapsulated in a semi-rigid urethane resin (Smooth-On Task 11), meant to protect the electronics from the shock and moisture inherent to the lobster harvesting environment. The arrow design fit inside structural channels of commercial lobster traps, keeping the units constrained and out of the way. 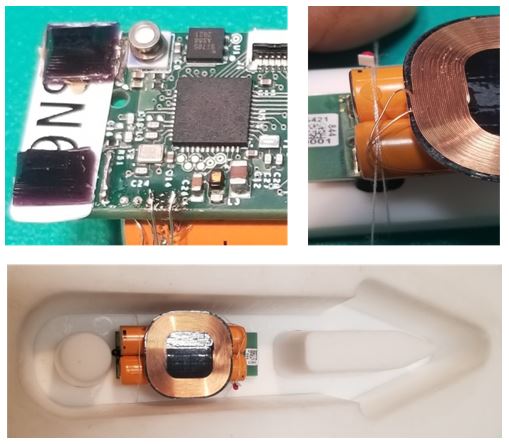 By the end of the Phase I, we found a couple of issues with our design. First, standing off the electronics while casting was tedious and did a poor job of keeping the electronics centered in the mold. We also found that the arrow design was difficult to get in and out of the trap, as the urethane can get very stiff when cold. With these issues in mind, we decided to update the design for Phase II while continuing to use the Task-11 encapsulant.

The Phase II WOWL form factor is smaller and simpler, keeping material cost low and reflecting user preference for securing the units to the lobster trap externally with zip ties. To eliminate the manual steps of cutting and adhering rubber pieces to the PCB assembly, we moved to a two-step cure process. We first cure a thin layer of urethane within the mold. This layer determines the inductive charging coil depth within the WOWL unit. Next, we adhere the electronics to the cured base layer, charging coil side down, using a cyanoacrylate instant adhesive (AKA Superglue). This step prevents the electronics from moving around as we pour a second urethane layer to fully encapsulate the electronics. After curing this second urethane layer, we can demold the cured WOWL unit and machine holes for zip ties.

The encapsulant requires a 16-hour cure (under pressure, to force out bubbles), and we need to do two pours for each WOWL. If we want to make WOWL’s in significant quantities, it’s important to have a low-cost mold fabrication method to produce many molds. After 3D printing 6 mold positives, we vacuum formed 15 mold cavities for initial testing, with more planned for production. By investing in a larger pressure vessel (California Air Tools 365CR) and low cost fixturing, we will be able to cure 36 WOWLs at once.

Check out our first urethane castings below, alongside the vacuum formed molds and pressure vessel used in fabrication. Note the steps in the mold walls, marking the height the urethane resin will reach at the first and second pours. We can’t wait to get the Gen 2 boards in house so we can start turning out functional WOWLs! 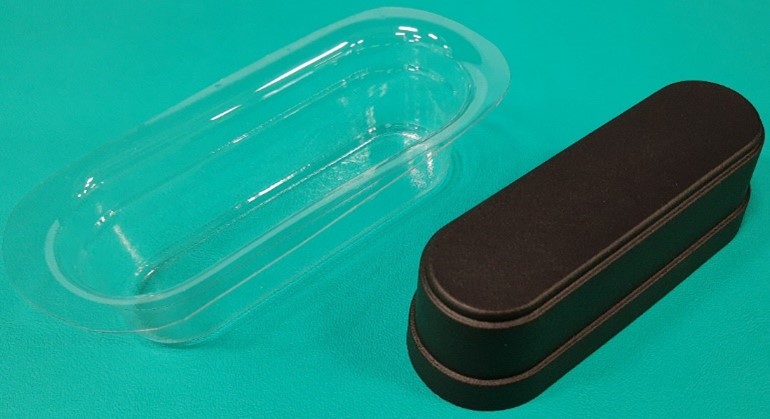 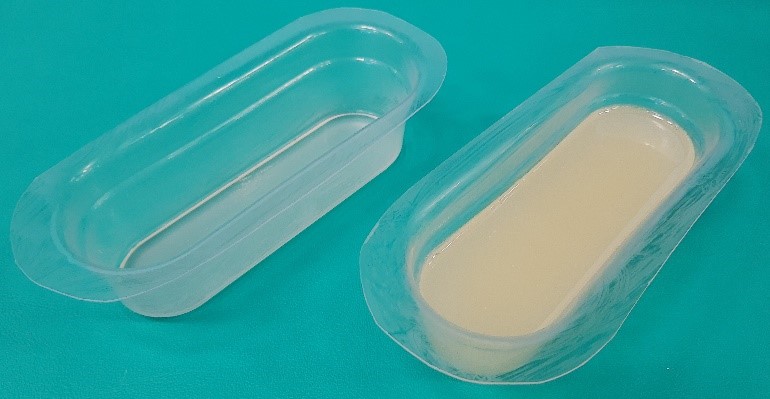 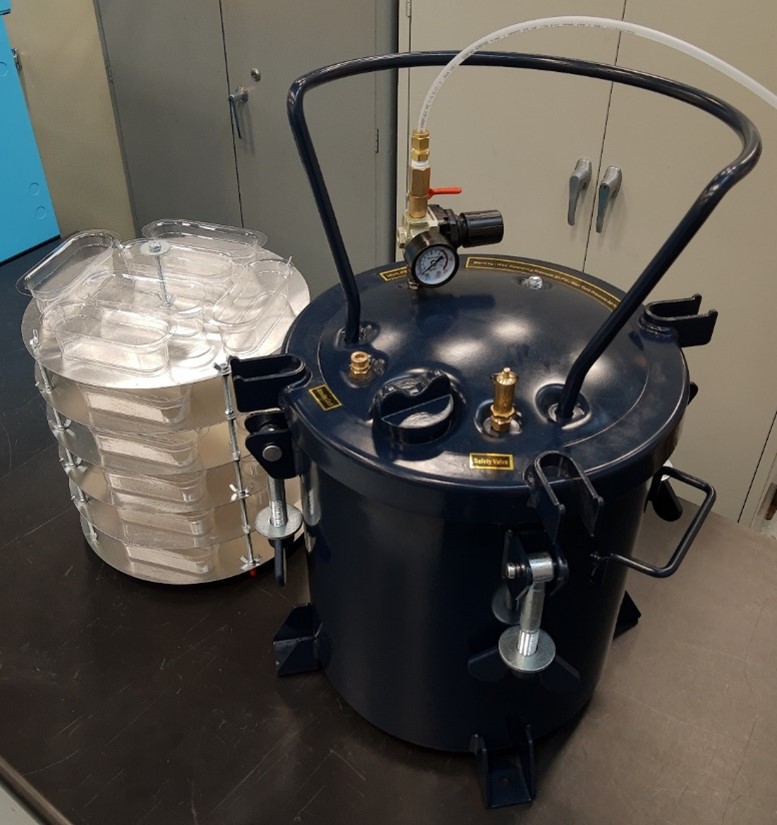 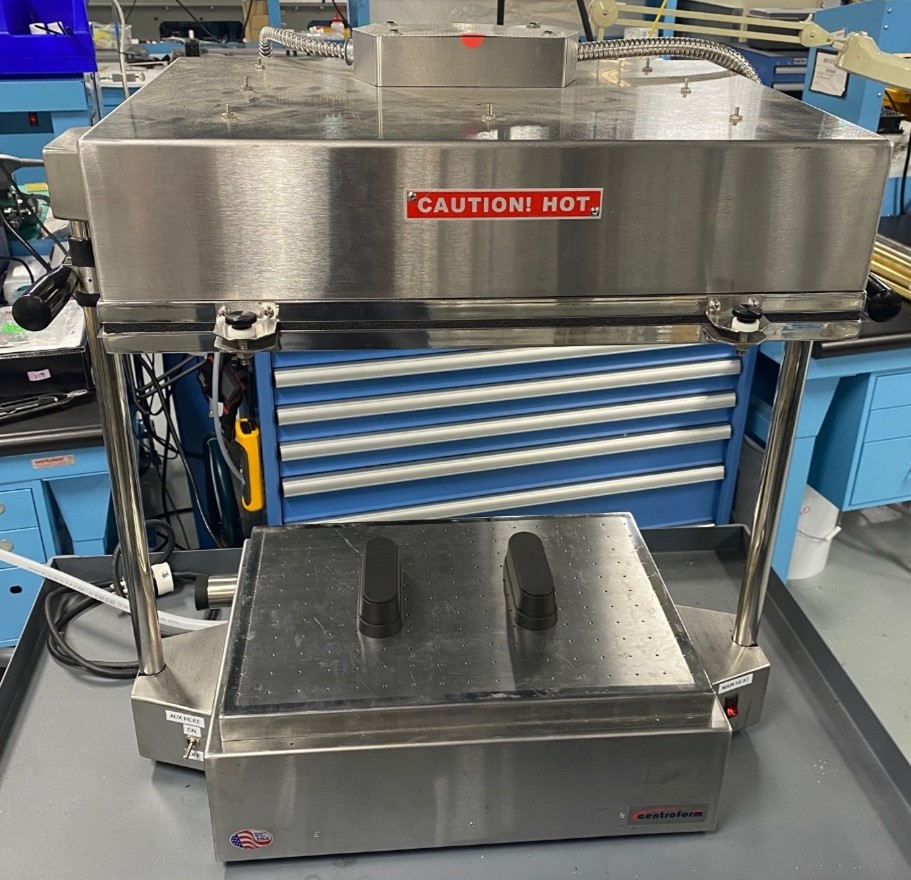 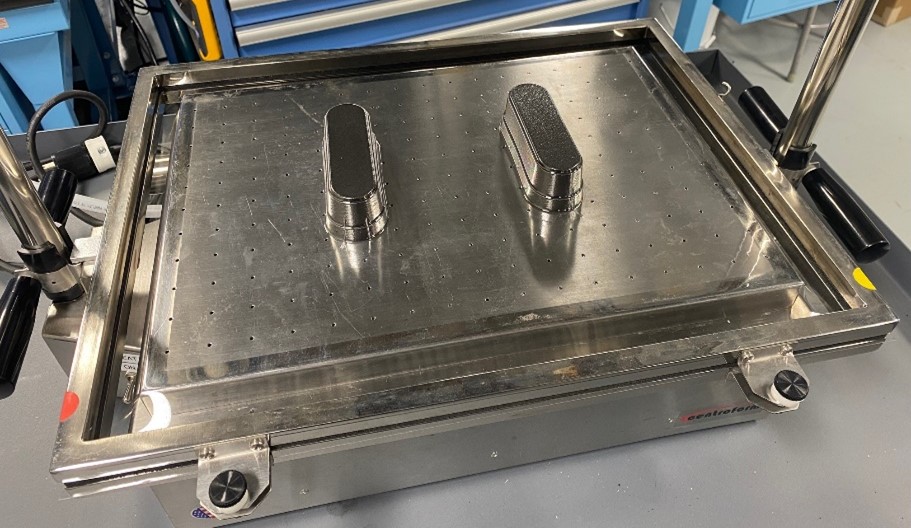 Since our last post, we’ve been awarded an SBIR Phase II Award to continue developing the WOWL system. This means we have the resources to optimize the WOWL sensors, redesign the smartphone app, and deploy hardware with lobster harvesters all over New England.

We’re roughly 9 months into this Phase II project and so far, the main focus has been on refining the hardware and software we developed in Phase I, and getting ready to do a larger scale deployment this summer. Like lots of people, we were hit hard by the ongoing IC shortages; both the System on a Chip (SoC) and the temperature sensor we used on our first-generation board are no longer available. This means that we had to select new, similar components and re-write the firmware for the new SoC. This continues to be a significant rework effort, and we’re only just now getting back to where we were at the end of Phase I. The good news is that we were able to buy large (300+) quantities of all the important components on our board, and so we should not run into this issue again for some time.

Besides swapping out the SoC and the temp sensor, we also removed the other temp sensors that were present in the Phase I design, greatly reducing the Bill of Materials cost for the WOWL. We also swapped out the charging electronics to make the WOWL Qi compatible. This means you can charge a WOWL on the same Qi charging mat that’d you’d use with your smartphone! The new board is shown below. 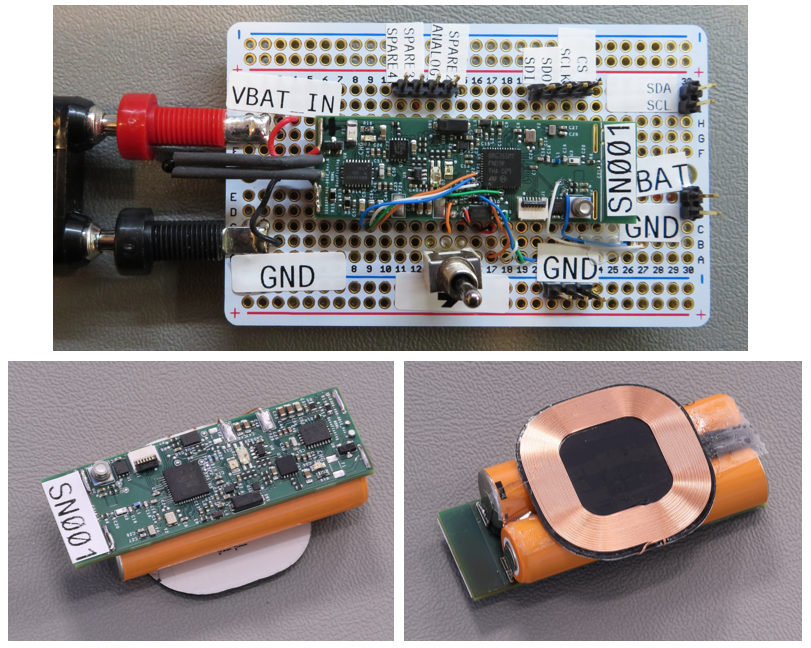 In the next month we’ll be ordering our second batch of these Gen 2 boards and getting them ready for deployment this summer. If you have any questions or are interested in testing a WOWL, please reach out to use at wowl@creare.com.

Beginning the last week of January 2021, our colleagues at UMaine arranged for four prototype (Phase I) WOWLs to be deployed by commercial lobstermen operating out of Friendship, ME. The first figure shows photographs of two of these units and where the fishing gear was deployed. The WOWLs logged bottom temperature and depth data every minute for over 12 days. The second figure shows bottom temperature and depth time series for each of these nodes. A few features are noted. First, the shallower site (sensor 9) is often cooler than the deeper sites (as is expected for the time of year). Second, the bottom temperature resolution is sufficient to capture interesting features, such as pockets of warmer (by around 0.5 C) water flowing by sensors 3, 5, and 6 throughout the deployment. Finally, the depth sensor resolution is more than sufficient to capture tidal variation. Indeed, closer inspection of the data reveal sensor-to-sensor tide height variation on the order of only 4 cm. 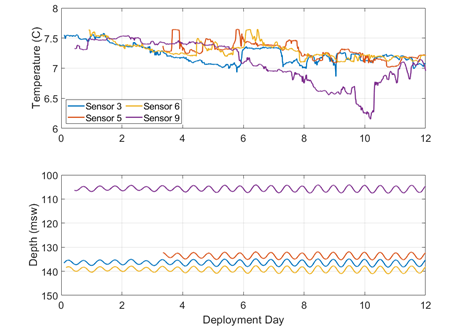 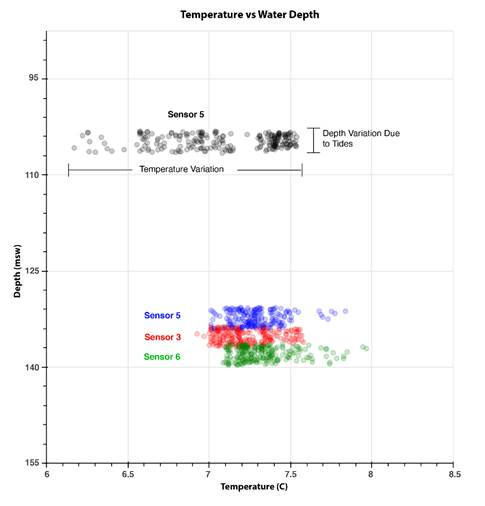 Our colleagues at DMC deployed one of our first WOWL units off their dock on the Damariscotta River over the weekend. The WOWL was co-deployed with a scientific grade measurement sonde (YSI EXO series) and an Onset HOBO UA-002-08 data logger. For this test, we’re considering the YSI sonde to represent the “ground truth” temperature during the deployment. The HOBO logger retails around our target price point for the WOWL and has a specified temperature accuracy of +/- 0.5 C. 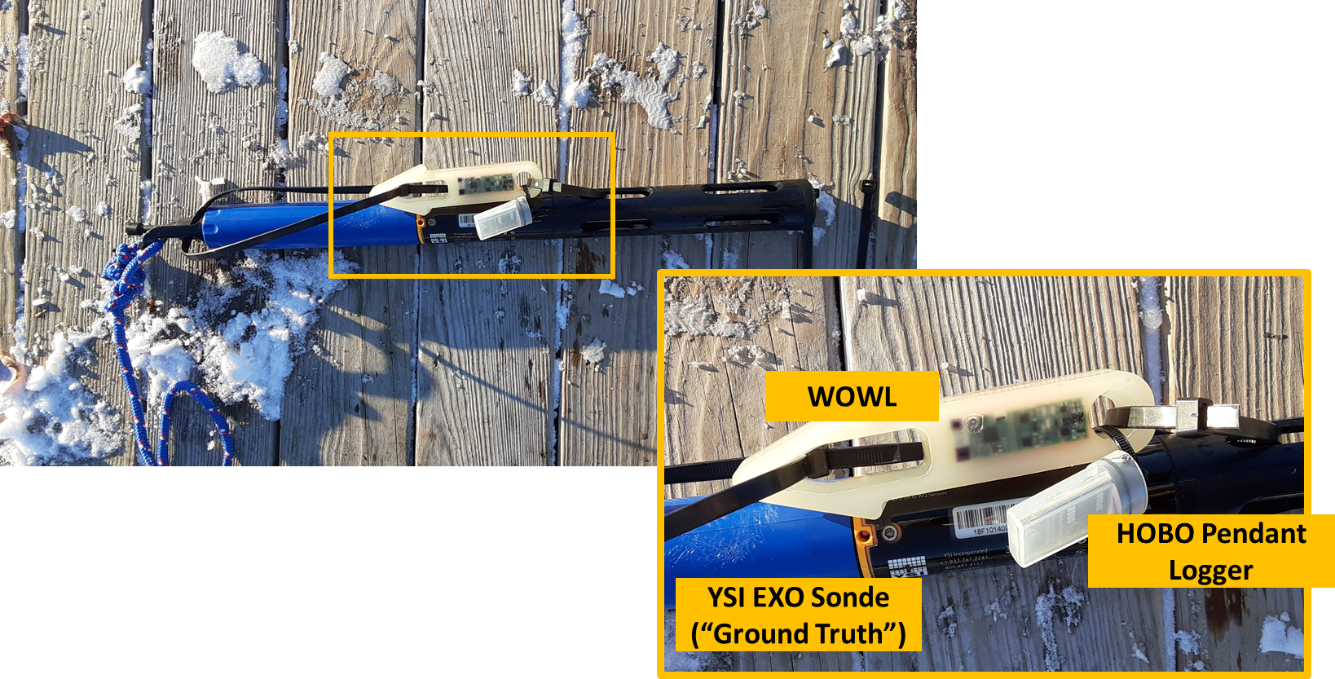 The plots below show temperature and depth data from this deployment. Unfortunately, the YSI sonde ran out of batteries around 22 hours after the start of the experiment (we had set the sample rate a little high and it chewed through its batteries!). Most of the WOWL prototype’s six temperature sensors performed very nicely with respect to the ground truth. The numbers in parenthesis are the RMS error relative to ground truth. We’ll use this data to help inform our sensor down-select decision for the next generation device. As of right now, the dedicated temperature IC appears to be the front runner – representing a good balance between cost and performance.

Once fully deployed, the WOWL and the ground truth depth readings tracked very nicely, well within our target 0.1 meters of seawater (msw) objective. 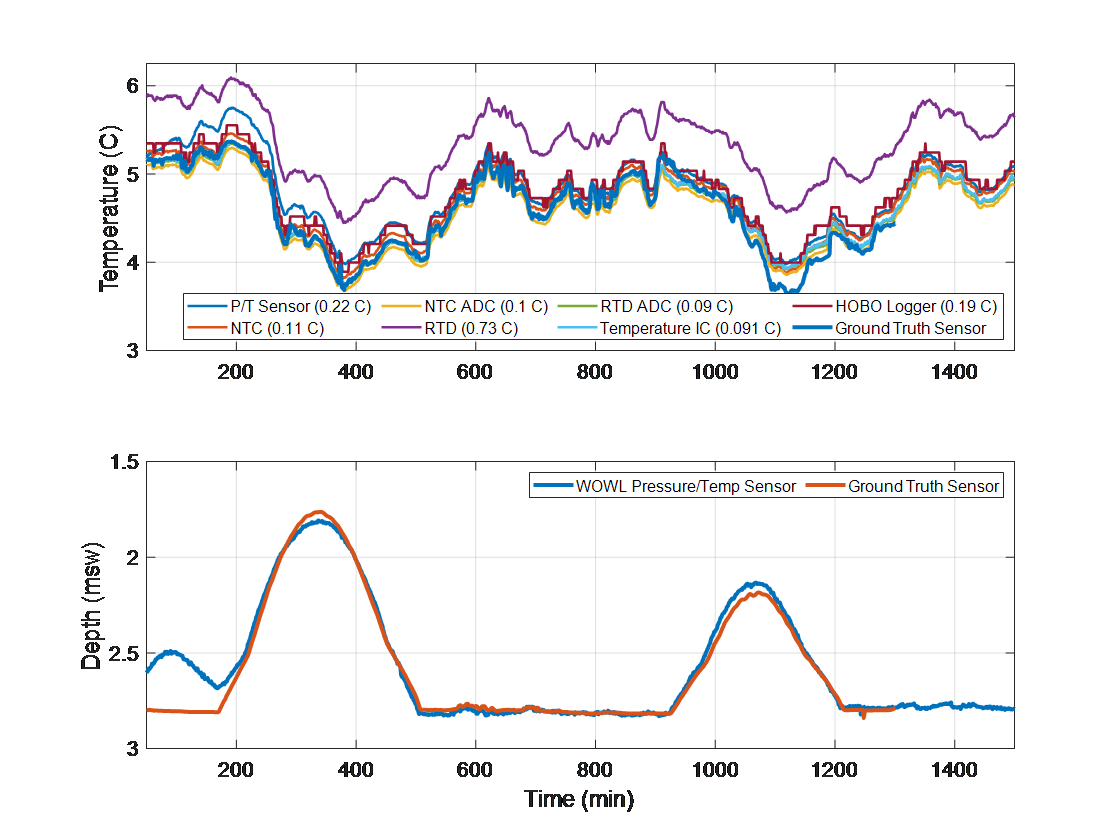 Our first WOWL lives! Yesterday we placed our first fully-encapsulated WOWL prototype in a “milkcan” pressure vessel and let it sit at various pressures (30, 35, 20, and, briefly, 60 psi (gage)). We then downloaded the data via our (still in development) application and took a quick look at it in Matlab (plots below). The pressure data tracks our expectations nicely – if you look closely you can see the period cycling of our shop air supply. We see the expected increases and decreases in temperature with the compression and decompression of the vessel. All and all this was a pleasant demonstration of functionality! 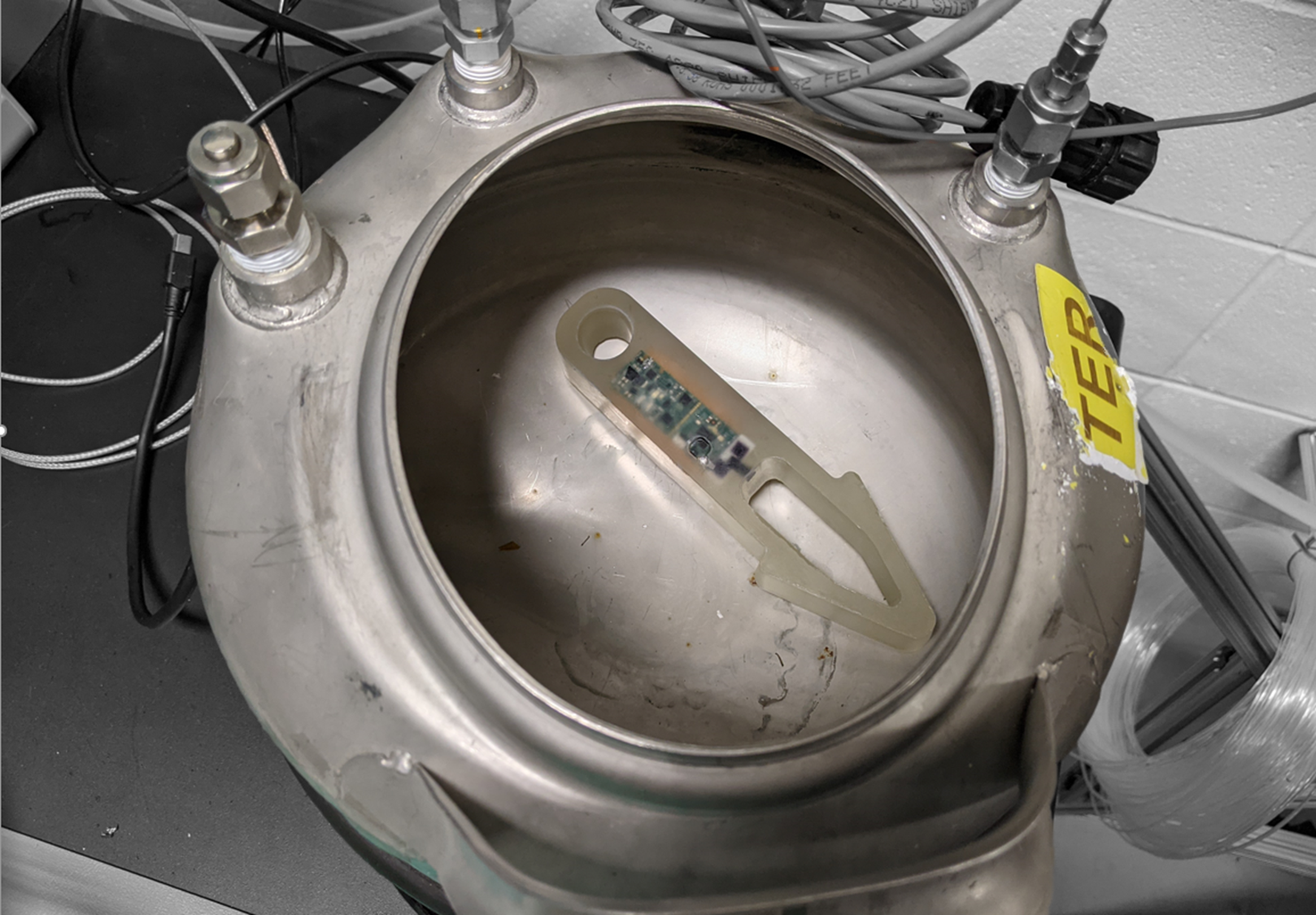 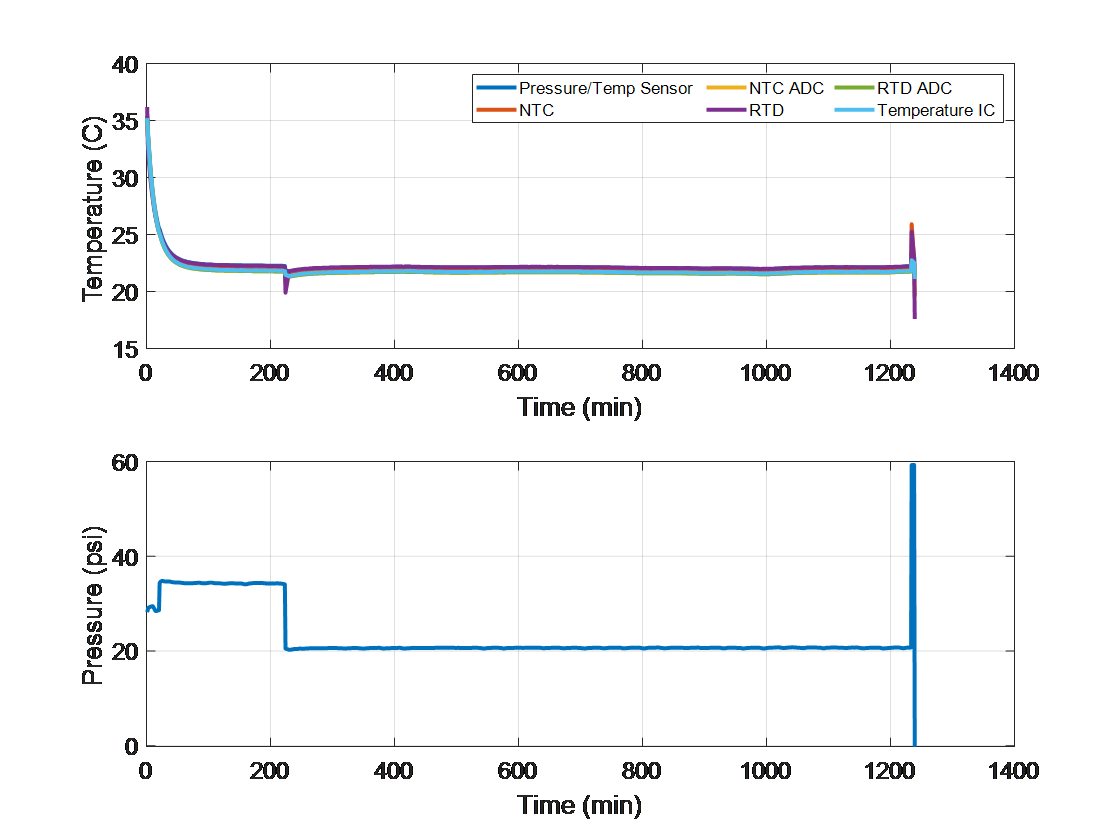 We made our first successful mold of the WOWL housings today. We’re using a semi-rigid, semi-transparent urethan rubber as it represents a good balance between durability, flexibility, and ease of use. The WOWL housing is designed to be inserted into the frame channels on commercial lobster traps – the “arrow” shape allows for relatively easy insertion while locking the WOWL in place.

Exciting Day! The assembled printed circuit boards for the first-generation WOWL prototypes arrived today. I knew they were going to be small, but I was still surprised at exactly how small when I first held one. Future units will be even smaller – the first generation WOWL has six (well, seven if you count the poor-quality sensor in the microcontroller) independent measurements of temperature. One of our goals with these first-generation units is to select the sensor we like best. We quickly connected the battery on one unit and placed it on a wireless charging station – and it appears to be working! 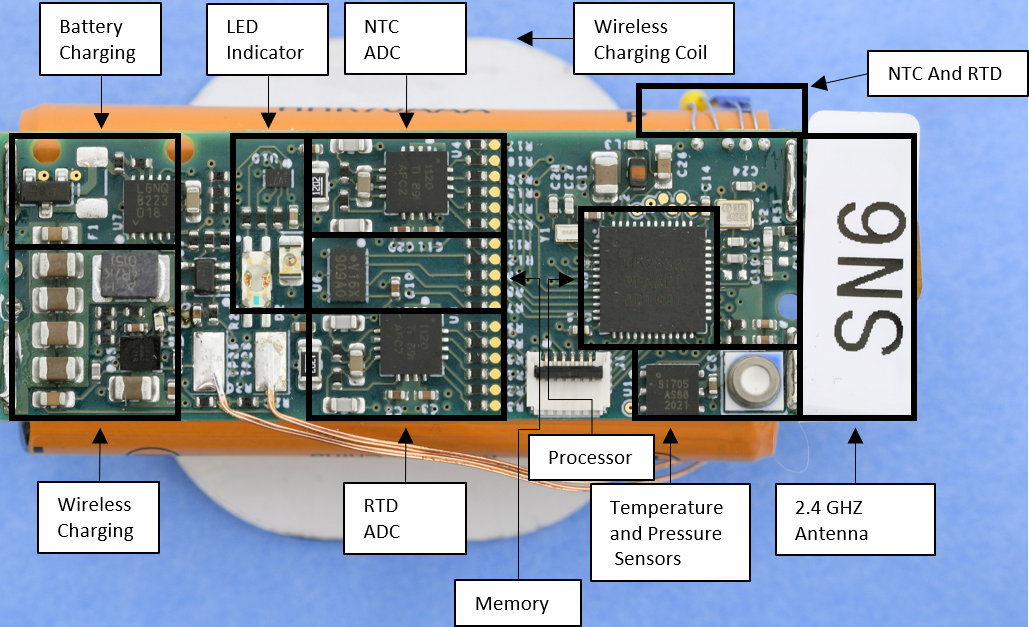 Our colleagues at DMC arranged a visit with a group of commercial lobster harvesters from Interstate Lobster. The crew at Interstate have been very supportive of DMC’s scientific studies. Eric and I chatted with the harvesters for a little over an hour. They very patiently explained their day-to-day operations to us pencil heads. As a whole, they are well aware of how bottom temperature drives the lobster catch and were very supportive of our (and NOAA’s) goals with the WOWL. We gained very valuable insights into potential WOWL use cases and working environments as well as a number of good suggestions for where a WOWL could be installed on a trap with minimal interference with day-to-day operations. They even sent us home with an old lobster trap (that just barely fit in Eric’s Jetta) to help with our design work! 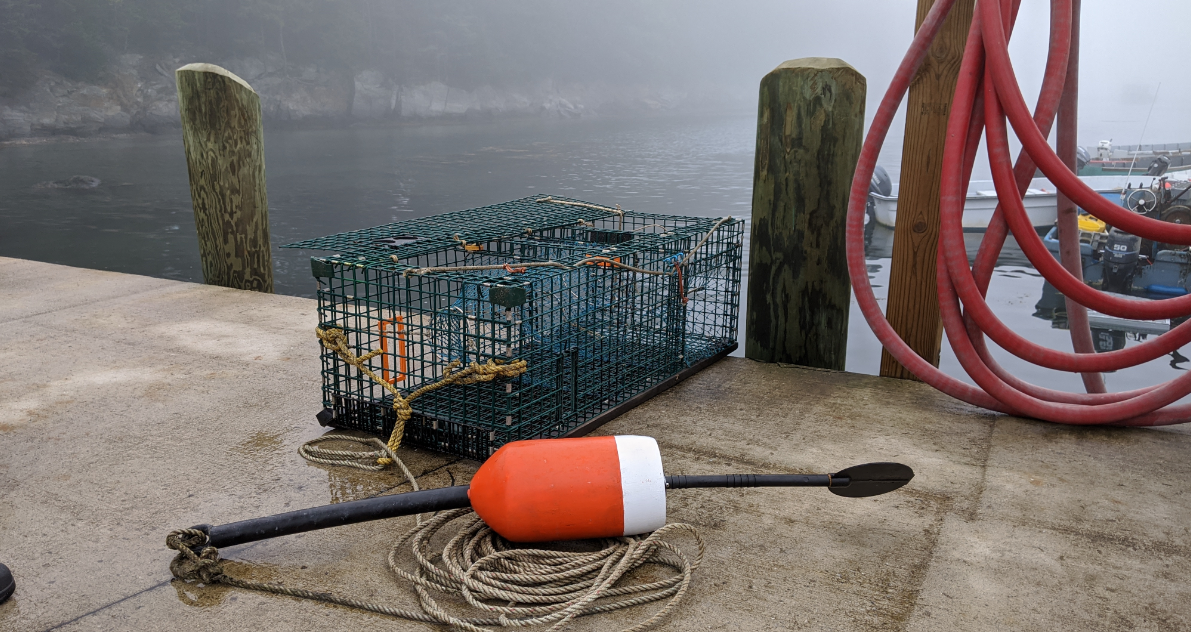